Increased access to antiretroviral therapy has averted an estimated 12.1 million AIDS-related deaths since 2010. Despite this progress, hundreds of thousands of people are dying each year of a disease that has multiple effective and relatively inexpensive treatment regimens available. The estimated 690 000 [500 000–970 000] lives lost due to AIDS-related illnesses worldwide in 2019 was a 39% reduction since 2010, but a ways off the 2020 target of less than 500 000 deaths.

The region with the most rapid scale-up in HIV treatment, eastern and southern Africa, is unsurprisingly also the region with the most rapid decline in AIDS-related mortality: 49% between 2010 and 2019. The impact of expanded access to treatment is also evident in the Caribbean, western and central Africa, and western and central Europe and North America: all three regions had 37% fewer AIDS-related deaths in 2019 than in 2010. There were 28% fewer deaths due AIDS-related illnesses in Asia and the Pacific over the same period, while declines were less dramatic in Latin America (8%) and in the Middle East and North Africa (2%). An opposite trend prevails in eastern Europe and central Asia, where deaths due to AIDS-related causes increased by 24% between 2010 and 2019. 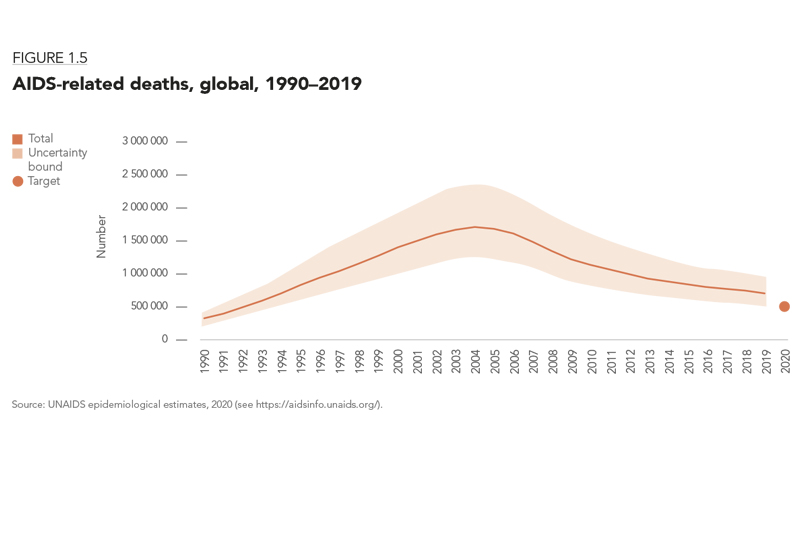