A combination approach to HIV prevention that includes behavioural, biomedical and structural approaches and is tailored to those in greatest need can lead to steep reductions in HIV infections. The launch of the Global HIV Prevention Coalition in 2017 sparked renewed focus among participating countries towards achieving global prevention targets. However, major gaps remain.

Declines in condom use among young women

The defunding of condom social marketing programmes and decline in sales of socially marketed condom in sub-Saharan Africa is emblematic of a decreased focus on condom demand generation, reduced emphasis on condoms in family planning services and weak stewardship of condom programmes since 2010, leaving the world far off the 90% target for condom use. A new generation of sexually active young people has not been exposed to the intense condom promotion that was in place a decade ago. Condom use at last higher risk sex reported by young women (aged 15 to 24 years) declined in five countries in western and central Africa and three countries in eastern and southern Africa. Condom use at higher risk sex among men (aged 15 to 49 years) also declined in five out of nine countries (compared to the previous survey). 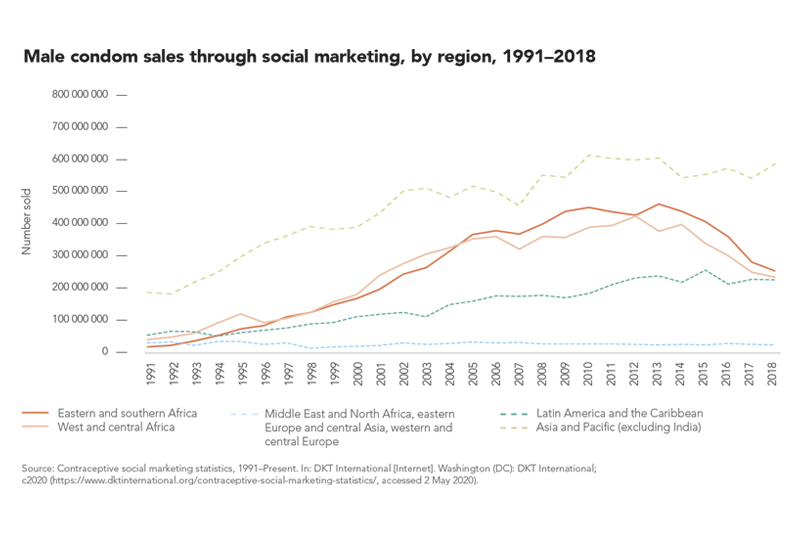 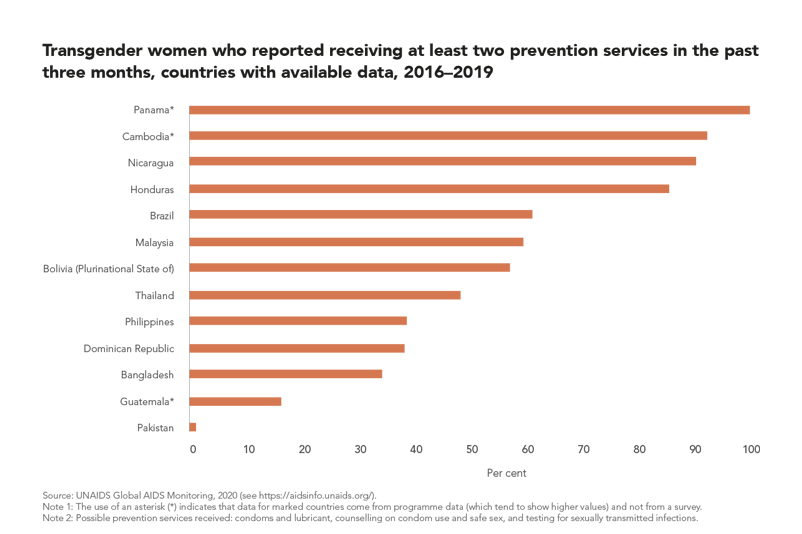 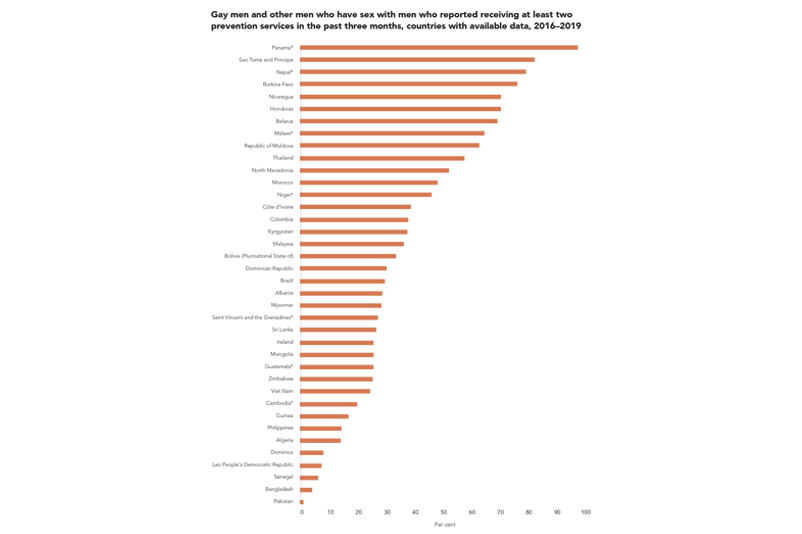 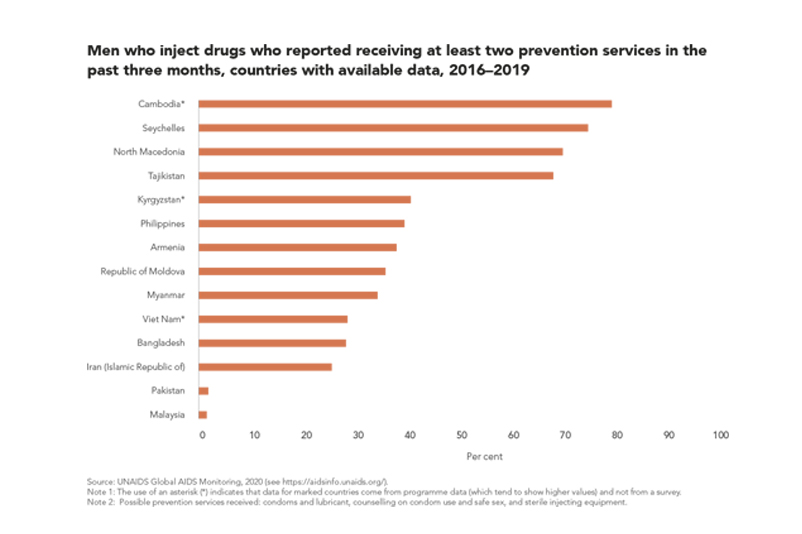 The number of people reported to have received PrEP at least once in the previous year has increased dramatically in recent years, from fewer than 2000 in 2016 to more than 590 000 in 2019. In several cities in North America, Europe and Australia where PrEP is widely available, this relatively new prevention tool has contributed to steep reductions in HIV infections among gay men and other men who have sex with men. Global coverage, however, is still far short of the 2020 target of 3 million receiving PrEP (see Chapter 5 for additional analysis). 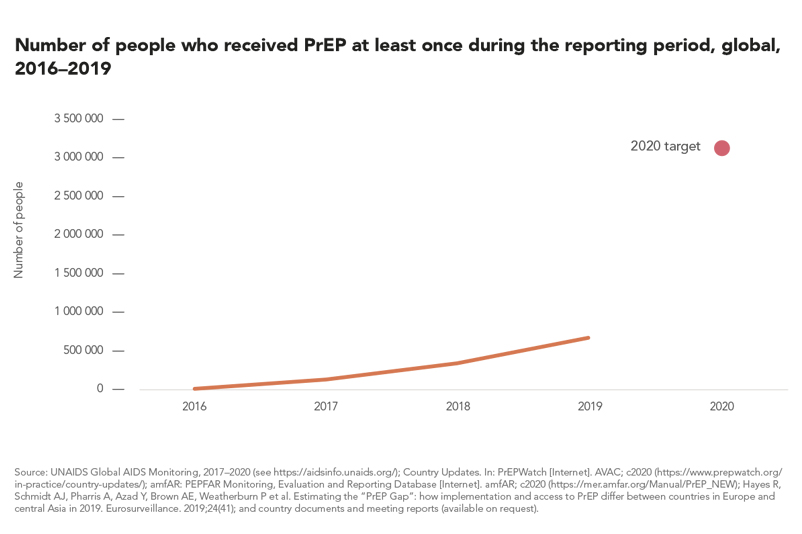 By the end of 2019, more than 15 million men and boys across 15 priority countries had been voluntarily and medically circumcised since the beginning of 2016, 4.2 million of them in 2019 alone. Among 12 priority countries that reported age-disaggregated data, about 40% of those who underwent VMMC were between the ages of 10 and 14. 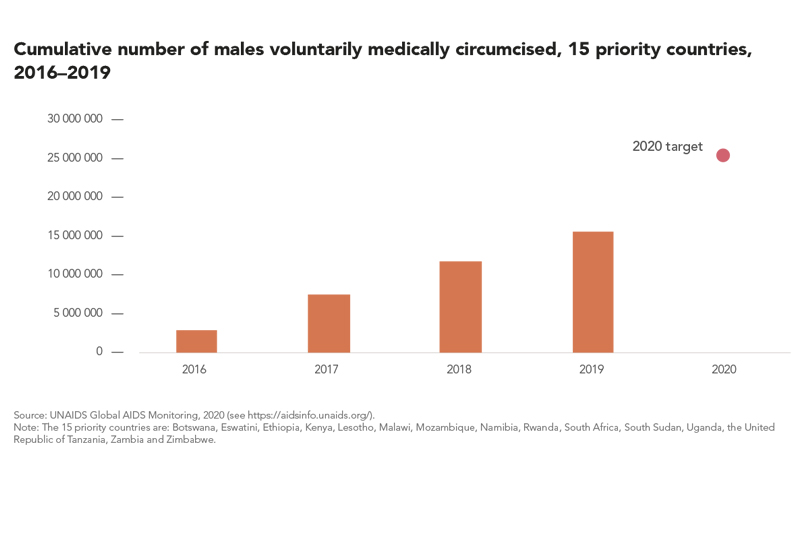