Violence often starts early in life. Data from violence against children surveys (VACS) conducted in nine countries between 2014 and 2017 show that the percentage of young people aged 18 to 24 years who experienced one or more types of violence (physical, sexual or emotional) during childhood (before age 18) was high, ranging between 21.4% in El Salvador and 75.6% in Uganda among males, and between 26.5% in Zimbabwe and 75.3% in Uganda among females.

Social and gender norms—introduced in childhood and consistently reinforced throughout life—drive such violence. In 24 of 43 countries with recent data from population-based surveys, more than 40% of young women (aged 15 to 24 years) stated that a husband is justified in hitting or beating his wife.

Adolescent girls, young women, women belonging to ethnic and other minorities, transgender women and women with disabilities face a higher risk of different forms of violence. Rates of intimate partner violence and gender-based violence among women who inject drugs are up to five times higher than they are among women who do not use drugs. It is estimated that 45–75% of adult female sex workers are assaulted or abused at least once in their lifetime, while mechanisms for reporting abuse or accessing services for survivors of violence, including sexual and reproductive health and HIV services, are often blocked due to the criminalization of sex work and related stigma and discrimination. 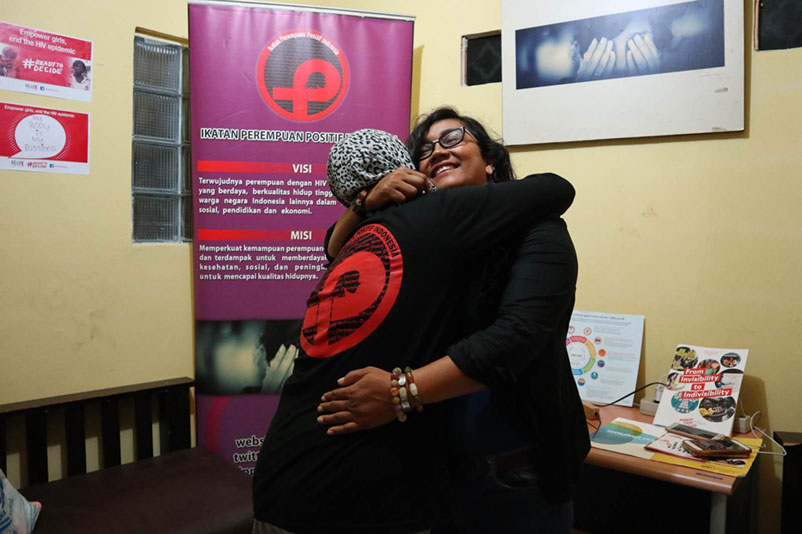 Multiple intersecting forms of gender-based violence—including structural, physical and sexual violence, hate crimes and human rights abuses—are experienced by transgender and gender diverse people across the world. In a study in eight sub-Saharan African countries, 33% of transgender women said they had been physically attacked at some point, 28% had been raped and 27% said they were too afraid to use health-care services.

Violence not only impacts the physical and mental health of survivors; it also limits access to sexual and reproductive health services, and it increases HIV risk. Forced sex and limited or compromised negotiation of safer sex due to violence or fear of violence lead to an increased risk of acquiring HIV. In areas of high HIV prevalence, intimate partner violence has been shown to increase women’s risks of acquiring HIV by 50%.

HIV can also be a trigger for violence. Women living with HIV frequently report experiences of violence or the fear of violence from intimate partners and family members. Violence against women living with HIV—including intimate partner violence and institutional and obstetric violence—can lead to reduced access and adherence to treatment, lower CD4 counts and higher viral loads.

VIOLENCE AGAINST WOMEN AND GIRLS UNDER LOCKDOWN

The response to the COVID-19 pandemic appears to be magnifying existing gender inequalities and vulnerabilities that contribute to gender-based violence. Extended confinement measures and restrictions on movement in most countries across the globe, compounded by economic and social stresses brought on by the pandemic, have coincided with reports of increased numbers of women and girls facing abuse in many countries. India reported double the usual number of domestic abuse cases in the first week of nationwide movement restrictions, according to the country’s National Commission for Women, while South African police reported 87 000 gender-based violence calls in the first week of that country’s lockdown. Helplines in Cyprus and Singapore registered 30% and 33% increases in calls, respectively. The availability and continuity of key public services (including health centres and women’s shelters)—along with referral pathways and support services—have been disrupted in many countries, with worrying implications for those who are at risk of (or already experiencing) violence. 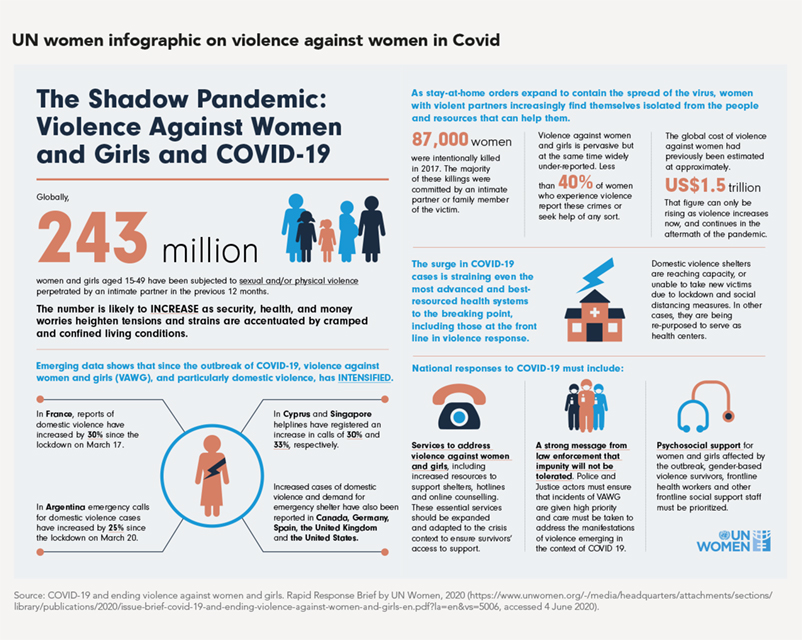