Laws and policies that promote and protect human rights can improve the well-being and health of people, reduce their vulnerability to the HIV epidemic and other major health threats, and enhance the reach, quality and effectiveness of important health services. Unfortunately, criminal laws exist in many countries that violate the rights of people living with HIV and people at risk of HIV infection. Such laws and policies undermine privacy, confidentiality and bodily integrity, and they prevent people from accessing and using the services they need to protect their health and well-being. Some limit the sexual and reproductive choices of women and girls; others criminalize people on the basis of their sexual identity or gender expression, or for selling sexual services or using illegal drugs.

Progress has been made in repealing punitive and discriminatory laws in some countries. The Colombia Constitutional Court recently removed the section of the criminal code that criminalized HIV and tuberculosis transmission, ruling that it was unconstitutional and violated the principles of equality and non-discrimination. The Court also established that the law violated the sexual rights of people living with HIV and was ineffective in meeting any public health objectives. 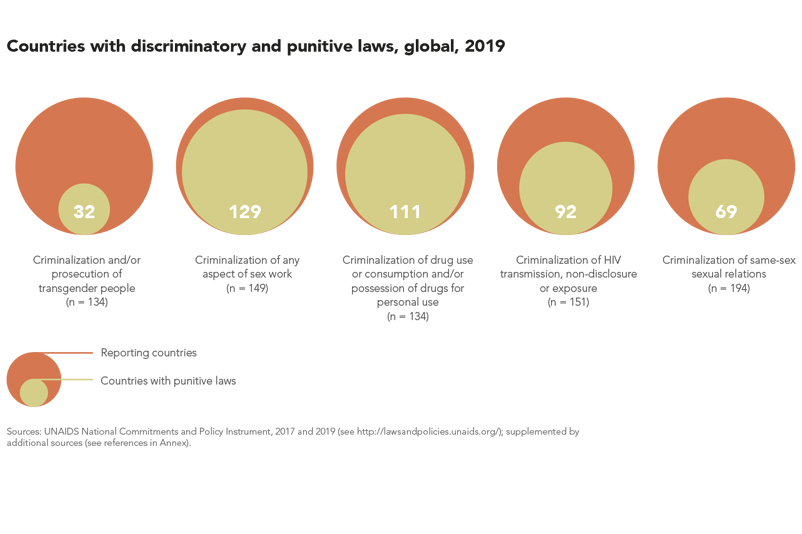 However, as new public health challenges emerge, old challenges resurface. As the COVID-19 pandemic unfolds, some countries have taken the short-sighted step of using criminal law to sanction COVID-19 exposure and transmission, including the extreme case of a South African businessman arrested for attempted murder after allegedly testing positive for COVID-19 and then returning to work. Such state actions could discourage people from seeking testing and undergoing contact tracing. This has been the reality for millions of people living with HIV for decades. 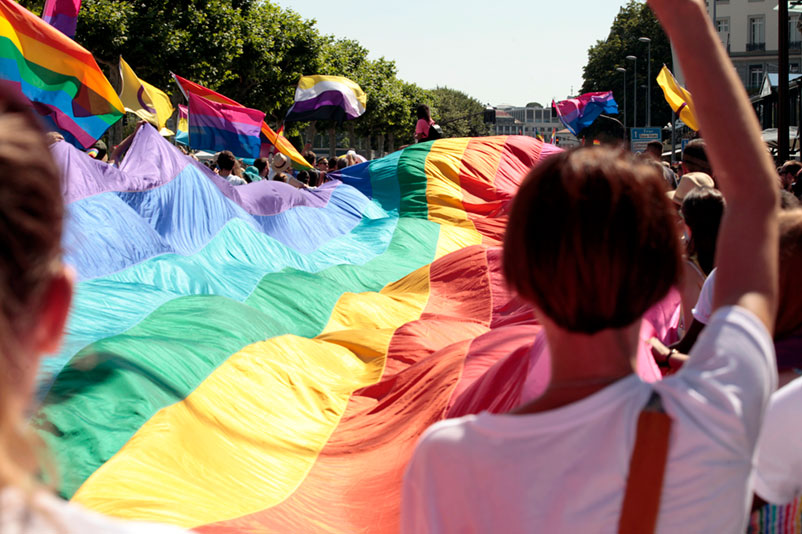 The global HIV response has generated a strong body of evidence in support of a human rights-based and gender-responsive approach to tackling communicable diseases. It has also illustrated the negative impacts of excessive and ineffective criminal laws on human rights and public health.

The COVID-19 crisis has drawn into sharp focus the dangers posed by deep inequalities in the realization of individual and collective health rights. In some contexts, the policing of regulations aimed at controlling the spread of COVID-19 has penalized the most vulnerable in society, such as the homeless, those living in poverty, or those who are already marginalized, stigmatized or criminalized.

There have been alarming reports of the use of police powers to harass, harm and arrest vulnerable and criminalized groups, such as sex workers, people who use drugs, people living with HIV and LGBTI people. Sex workers all over the world are reporting increased discrimination and harassment, with reports of punitive crackdowns against sex workers resulting in raids on homes, compulsory COVID-19 testing, and arrest and threatened deportation of migrant sex workers.

Restrictions created for the response to COVID-19 have also been specifically used to target marginalized communities, such LGBTI people in some countries, undermining public health objectives and threatening the health and safety of these groups. For example, in Panama, where a gender-based confinement regulation called for men and women to stay at home on alternating days, transwomen have reported experiencing harassment or even being detained for allegedly being a male out on the wrong day. In Hungary, the state of emergency was used to propose a new bill to remove the right of people to change their gender and name on official documents in order to ensure conformity with their gender identity, which is a clear breach of international human rights to the legal recognition of gender identity.